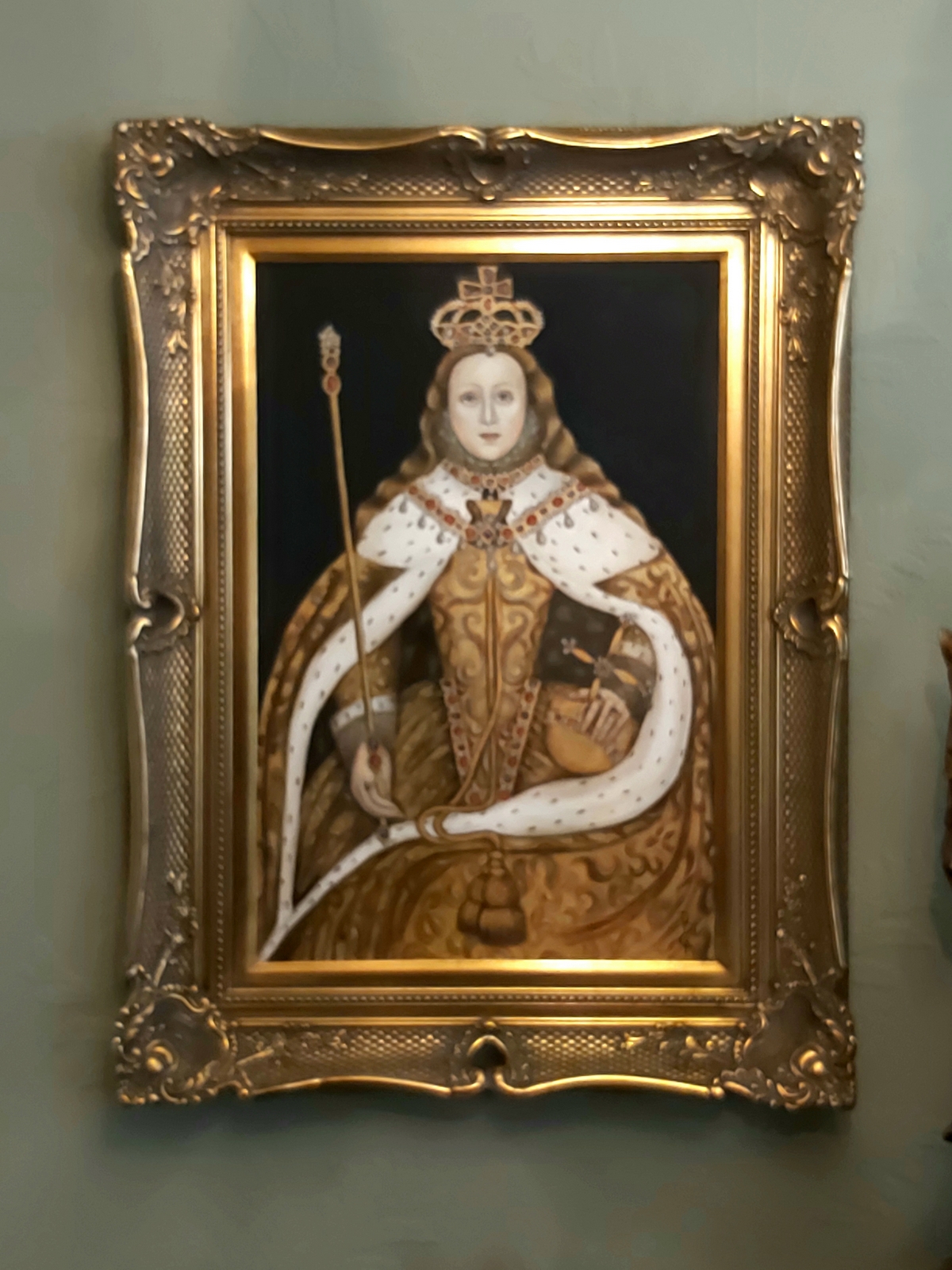 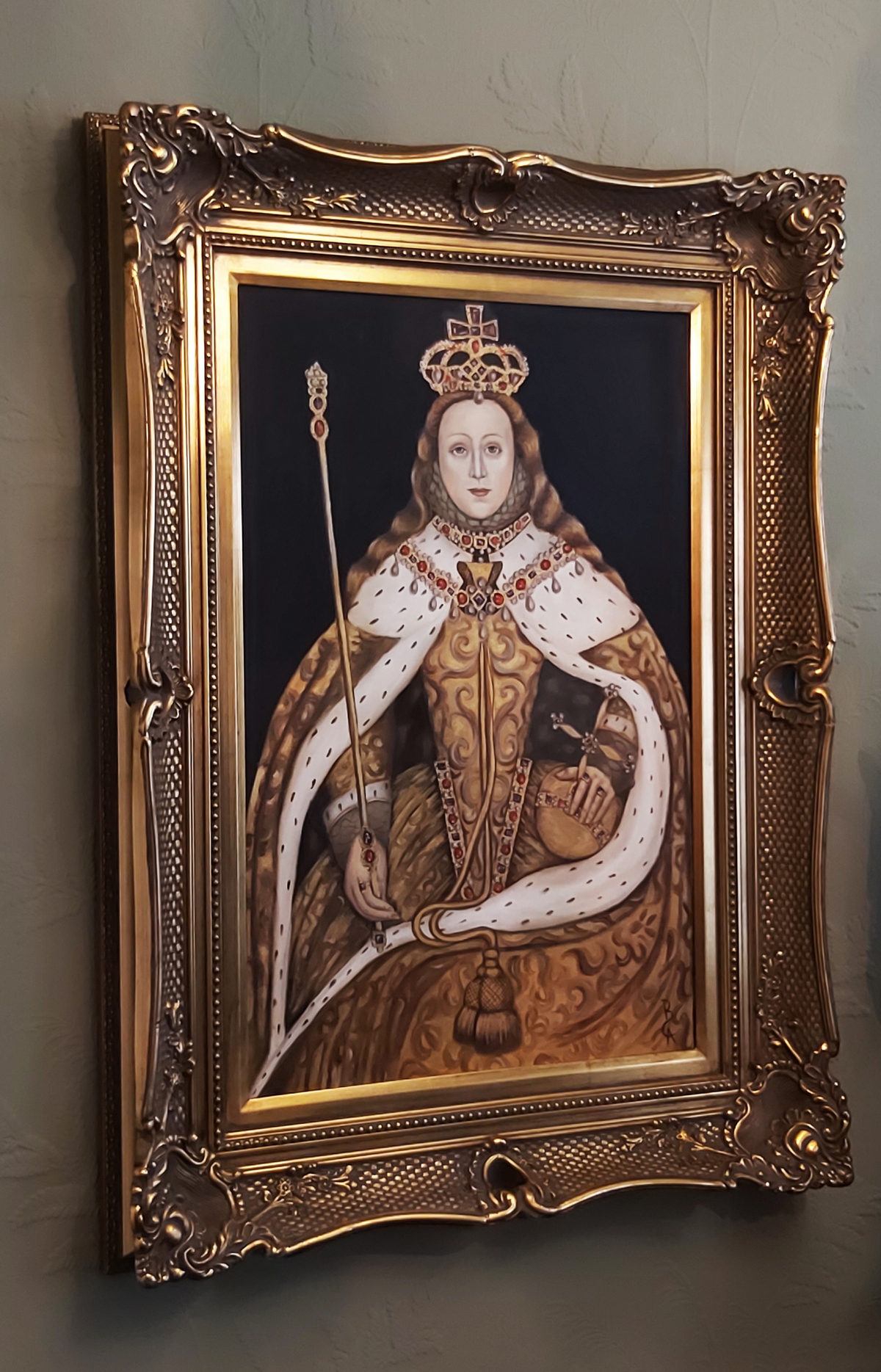 £6,500.00
A reproduction of a Original painting
Portraying Queen Elizabeth the First

The daughter of Henry V11 and Ann Boleyn Elizabeth came to the throne on the death of her half-sister, Mary lHer long reign, beginning in 1558, saw the secure establishment of the Church of England. It was characterised by relative peace and prosperity, a great increase in foreign trade and exploration, and a flourishing literary culture. Despite receiving many proposals of marriage, Elizabeth remained single and became legendary as the 'virgin queen'. She had many favourites, but none more important than Robert Dudleythe Earl of

Leicester, who sought to win her hand in marriage.